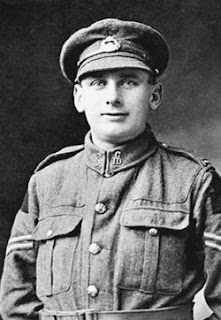 Born June 26, 1886 in Hayward's Heath, Sussex to parents Edward Henry Knight, a carpenter/joiner and Ellen Stoner living in Reigate, Surrey. He had three younger sisters. In the 1911 U.K. Census, Arthur George Knight is found serving in India with the 12th Battery Royal Garrison Artillery and single, born in Ramsgate. We find Arthur George emigrating to Regina, Saskatchewan June 25, 1911 on the S.S. Albania from Southampton to Quebec where he found employment as a carpenter living at 1843 Rae Street. He enlisted in Regina with the 46th Battalion on December 19, 1914. At time of enlistment, Edward Henry Knight was 5'9" tall, had fair complexion, blue eyes, fair hair and his religion was Church of England. 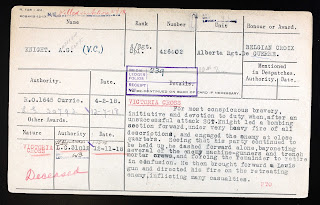 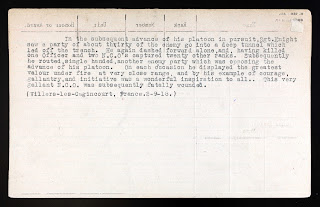 Killed in action September 3, 1918 during the 4th Division attack on Dury village and the Drocourt-Queant Line. His Circumstances of Casualty form claims " Killed In Action - While taking part in operations with his company, he was struck by shrapnel in the forehead from an enemy shell, at about 3:00 p.m. on September 3, 1918, when 500 or 600 yards left of Buissy. He died shortly after being wounded". Buried in Dominion British Cemetery, grave I.F.15, 9 3/4 miles South East of Arras.