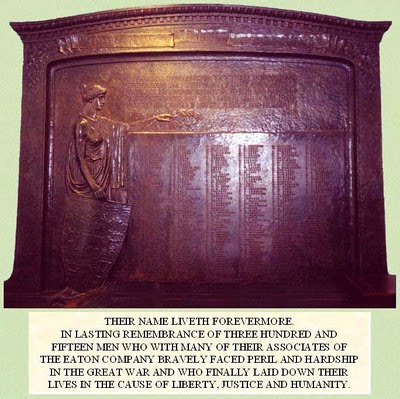 The next three men profiled from my grandfather's photograph of his friends in the 3rd (Toronto) Battalion, all died while in the service of that Battalion. Chronologically, the first was Company Sergeant Major George Arthur Mote #9389, Distinguished Service Cross, Warrant Officer Class II. George Mote has been rather easy to follow genealogically due to the uniqueness of his name. He also holds the distinction of holding one of the saddest service records I have personally viewed.
﻿﻿﻿﻿﻿﻿﻿﻿
George Mote was born August 25, 1888 in the north London suburban town of Islington, Middlesex. (interestedly, a few short miles from the residence of our next profile in Grandpa's picture, Corporal John Newton #426149 in West Ealing, Middlesex and not far from my daughter's residence near RAF Northwood). Son of Arthur Charles and Norah McNamara, after serving in the 1st Middlesex Regiment, George immigrated to Toronto, Canada with his younger brother Edward Mote #192903 in 1908 in search of that old cliché, steady work. Edward found employment as an electrician and George went to work with the T. Eaton Co. as a "corset cutter". He apparently had a "girl friend", Miss. Annie Smith, 784 Queen St. East, Toronto. However, his next of kin and assigned pay were sent to his father, living at 62 Chatterton Road, Finsbury Park, London. Both men joined the 2nd Regiment Queen's Own Rifles in 1913. George followed the QOR's contingent to Valcartier when the war was declared in August, 1914 and was enlisted in the Canadian Expeditionary Force as Sergeant George Mote, service number 9389, CEF. He continued to follow the 3rd Battalion to their training camp on the Salisbury Plains, Camp Bustard, being promoted to platoon Sergeant in Company "B". I have not ordered the service record of Edward Mote.
During the 1st Canadian Division's and 3rd Battalion's initiation to battle at the 2nd Battle of Ypres on April 23/24, the 3rd Battalion was demolished. If a Canadian soldier wasn't dead, gassed or missing, he was most likely captured or wounded. Because he was attached to "B" Company, 3rd Battalion and not one of the two attacking companies, "C" and "D", Sergeant Mote managed to survive the battle unscathed.

After the battalion was substantially reinforced in early May, with over 200 men including my grandfather, John Cody, from the 23rd Battalion, The "Dirty Third" again took to battle on May 18 at Festubert. Along with the remainder of 1st Brigade, in a reserve position, they cleaned up operations after the 2nd and 3rd Brigades ran into trouble in an ill-timed and ill-planned attack, on May 24 at "the Orchard". For actions in this battle Sergeant George Mote was awarded the prestigious Distinguished Conduct Medal with the following citation from the London Gazette:

For conspicuous gallantry on the 24th May, 1915 at Festubert. In company with another Non-Commissioned Officer, Sergeant Mote volunteered to attempt the rescue of an Officer of his Battalion, who after being seriously wounded, had been left in a place of cover within a few yards of German trenches. They proceeded by different routes under a very heavy shell fire, Sergeant Mote reaching the spot indicated only to find that the Officer was not there. The other N.C.O. lost his life in gallantly making the attempt to rescue this Officer.

The officer in question is Lieutenant Reginald N.C. Craig and the N.C.O. is believe to have been Private Benjamin Irons #10135. Both bodies were not recovered and both names are inscribed on the Vimy Memorial. My grandfather described the Battle of Festubert as the most intense of the several, he took part in.

November 11, 1915, Sergeant Mote was promoted to the rank of Acting Company Sergeant Major, "B" Company and thereafter granted 9 days leave from February 2, 1916. I believe he received his D.C.M. during this leave, from King Edward. On return his service was uninterrupted at the front lines with the 3rd Battalion save for a week attached to the Divisional Grenade School.

However George's luck ran out on June 3, 1916 at Hill 60 in the Ypres battlefield, Belgium.


CSM Mote was in the rear of the leading platoon, "B" Company on the way as reinforcements when a shell burst behind him. He received shot wounds to right shoulder right ankle with an intact shrapnel shell penetrating his spine. He was knocked down, not unconscious, was unable to move his legs


George Mote remained paralysed until his death. He died at Duchess of Connaught Canadian Red Cross Hospital in Taplow on February 6, 1917 after months of excruciating pain and paralysis. He is buried in a beautiful,serene plot with three military comrades in London's famous Highgate Cemetery.

Very interesting that even though only four of the 315 soldiers buried in Highgate Cemetery, London, have Canadian affiliation, the Commonwealth War Graves Commission has chosen the serene grave of George Mote (and his four resting companions)to illustrate on their web profile of the cemetery.

Thanks to Nigel Hillen and Marika Pirie for permission to use their photos. Also thanks to my friends on the CEF Study Group Forum for their assistance in assembling this profile.
Posted by Bob at 11:21 AM
Labels: 3RD BATTALION, CSM GEORGE A. MOTE #9389, DCM

Thanks for this Bob!