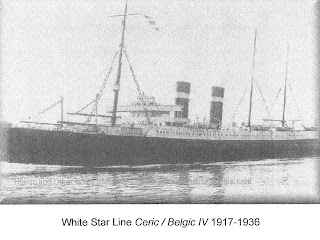 My family has spent a great deal of leisure time in the Ontario resort area of the Kawarthas over the last thirty-five years. So when I was presented with an opportunity last year to purchase a beautiful medal grouping from an original 3rd (Toronto) Battalion member born in the picturesque town of Fenelon Falls, there was no hesitation. Stanley Kelly was born July 28, 1895 to parents Charles (1862-1934) and Jane Kelly, both natives of Fenelon Falls. Charles was the town blacksmith living on Francis Street, Jane was his second wife with whom he had four children including an older brother Livingston Charles who may be in fact the Sergeant Charles Kelly #522544 shown here. There is a wooden plaque within the Fenelon Falls Legion with a few names of World War I veterans that attended Red Rock school, on the outskirts of the town. Private Stanley Kelly is the first name listed on the plaque. Young Stanley moved to Toronto for employment as a gas fitter. While living in the city, he enlisted in the 10th Royal Grenadiers militia regiment and when the call went out August, 1914 joined their draft travelling to Valcartier to attest into the Canadian Expeditionary Force.

His story is uneventful except that he was assigned eventually to "D" Company commanded by Captain George Crowther Ryerson and in a platoon commanded by Lieutenant J.K. Cronyn, both scions of famous Ontario families. This company and "C" Company were decimated in the 2nd Battle of Ypres on April 23 near Kitchener's Woods. Capt. Ryerson was killed and Lieut. Cronyn was severely injured. This battle has been described in a past blog. Somehow, Stanley seemed to survive this battle, if indeed he was involved (his duties within "D" company are unknown at this time-he may have been assigned to rear echelon duties). 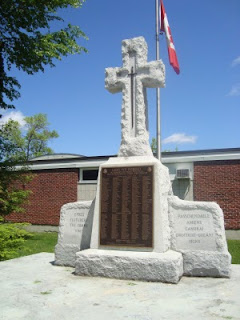 However, Stanley was not so lucky a few weeks later when the 3rd Battalion was again thrust into battle at the Battle of Festubert in May. Private Kelly was buried in a trench as a result of a shell burst. He suffered "shock" was was sent a divisional Rest Centre. Canadian losses in this battle were 2,468 including 661 dead. He participated a few weeks later in the 2nd Battle of Givency, in June when the 3rd Battalion lost 115 men, killed and wounded. On October 25, 1915, Stanley reported to the No. 1 Field Ambulance near Ploegstreet Woods complaining of knee pain and immobility of his knees. He was sent to a number of hospitals and eventually had cartilage removal operations on both knees. Another operation on his left knee April 1916 to remove a piece of his left tibia. The condition was deemed to have been caused by the shell explosion in May 1915. Stanley was also hospitalized for 3 weeks for Pneumonia at Ramsgate 1916. He recovered and was assigned to the Canadian Army Medical Corps after a couple of Medical Board hearings where he spent the balance of the war serving as a batman and stenography work after training in Bath, at Shorncliffe. He was operated on a second time 1917 for "crossed toes". Apparently he had a painful congenital condition from childhood deformity of his 2nd toes crossing his big toes on both feet. The tendons were cut and he was free to walk in several weeks. Stanley's final hospitalization was in November, 1918 at Bushy Park with Influenza. 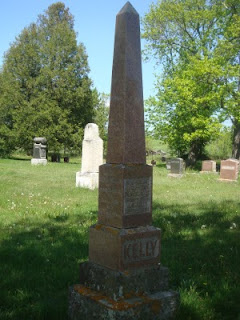 Private Stanley Kelly was sent to the discharge Centre in Rhyl, Wales February 1919 returning to Canada on the H.M.T. Belgic landing in Halifax March 10, 1919. He was discharged in Toronto June 5, 1919 as "Medically Unfit" after spending some time in Christie Street Military Orthopedic Hospital.

Not much is documented on the remainder of Stanley Kelly's later life other than he returned to Fenelon Falls, never married and died in 1981 at the age of 84. Then it would appear that Stanley is another young lad that "fudged" about his tender age on his attestation, really being born in 1897 making him 17 years old at attestation. I have not been able to locate any photos of the man (but I am still trying). He is buried in the family plot with his parents and siblings in the town cemetery. Some older veterans at the Legion remember Stanley but couldn't tell me much about him, including his later occupation. Stanley still apparently has distant relatives living in the area. I found mention of his injuries in a news clipping Fenelon Falls Gazette 1915. The town Maryboro Lodge Feneleon Falls Museum has an invoice from Charles Kelly Blacksmith to a town gentleman for "services rendered". His name is mentioned on the Town of Fenelon Falls Memorial which lists all the men in the town that have served in the wars. The grouping that I purchased includes the 1914-15 Star medal, British War medal, Canadian Victory medal, "Services At The Front" pin, "For Services Rendered" pin and an stainless steel identification bracelet with his name, service number and "D" Company inscribed.
Posted by Bob at 10:00 AM
Labels: Private John Stanley Kelly #9932