THE FORGOTTEN BOYS OF FENELON FALLS

This story was authored some time ago. I have also written a blog that was written some time ago on the same topic, if it seems a bit familiar. No apologies - I believe it bears repeating and may contain some new information. The links, at this point, are dormant.


The Forgotten Boys of Fenelon Falls


Pte. Kelly’s Attestation Paper is readily available on the Library and Archives Canada website here.  It was here I noticed that Kelly was one of a minority of Canadian-born soldiers to voluntarily enlist in the fledgling Canadian Expeditionary Force’s 1st Contingent forming in Valcartier, Quebec early in the war August, 1914. (only about 30% were Canadian-born, the vast majority almost 66% were of British origin). Furthermore, the man was not a native of the Toronto environs but his birthplace of this 19 year old was listed as Fenelon Falls, Ontario. He shows on the form as serving one year with the 10th Royal Grenadiers, a Toronto, Pre-world War I militia regiment, meaning that he had probably been living in Toronto for over a year to maintaining employment as a “gas light inspector”.

When war was declared by the Canadian  Government on August 4, 1914, a call when out from Lindsay native, Minister of Militia Sir Sam Hughes to all 226 Canadian militia regiments to recruit members for the forming Canadian Expeditionary force. Regiments from across Canada recruited members who then traveled to the new camp being developed at Valcartier, a few miles north of Quebec City. The 3rd (Toronto) Battalion was being formed at Valcartier from Toronto regiments, specifically the 2nd Queens Own Rifles, the 10th Royal Grenadiers and the Governor General’s Body Guard. Young Stanley Kelly was one of the Royal Grenadiers members who had heeded the call to arms and climbed on the train leaving for Valcartier. The 3rd Battalion’s command was given to Toronto businessman and Queen’s Own Rifles Major, Lieutenant-Colonel Robert Rennie (Rennie’s Seeds, Toronto). The 3rd Battalion was positioned in the 1st (Ontario) Brigade of the forming 1st Canadian Division, headed by Toronto Lawyer, Lieutenant-Colonel M.S. Mercer, also of the Queen’s Own Rifles. This brigade also included: the 1st (Western Ontario) Battalion; 2nd (Eastern Ontario) Battalion; and the 4th (Central Ontario) Battalion. From his enlistment into the C.E.F. at Valcartier on September 22, 1914, the story of Pte. Stanley Kelly is essentially the story of the 3rd Battalion and the 1st Canadian Division. Initially he was assigned to “G” Company in Valcartier however after arrival in England and the reorganization of the 1st Division and the four battalions into efficient four-company units, Pte. Kelly was assigned to “C” Company. They traveled “en masse” from Quebec to Plymouth, England in a convoy of 32 ships and 20,000 men, disembarking on October 19, 1914. The winter of 1914-15 saw the C.E.F. train on wet Salisbury Plain. During the 123 days from the middle of October to the middle of February, it rained on 89 days with the total precipitation at 24 inches, or double the yearly average. The 3rd Battalion moved by rail to Avonmouth on February 8 and reached France on February 11. The Canadian Division took over a three-and-a-half-mile section of the line on March 1, 1915 from the British 7th Division north of Aubers village for their first time in action, near Armentieres. The 3rd Battalion remained in Brigade reserve until March 5 and the next day were under fire for the first time, with two men being killed by shrapnel shells and two more succumbing to wounds. They were: Privates Leslie Bowman, 9764 (age 18); John Comrie, 18028; James Croft, 9426; and George Shea, 9743, all buried within Y Farm Military Cemetery, Bois-Grenier, France.

Our Pte. Kelly was assigned to “D” Company commanded by Captain George Crowther Ryerson and in a platoon commanded by Lieutenant J.K. Cronyn, both scions of famous Canadian families. Captain Ryerson was to soon lose his life in the first Gas Attack – April 23, 1915 at the Battle of 2nd Ypres, in which the 3rd Battalion and specifically “C” and “D” companies suffered horrendous losses. Lieutenant Cronyn was severely wounded in the same battle. Pte. Kelly seems to have survived this infamous battle unscathed – one of the few! However, Stanley was not so lucky a few weeks later when the 3rd Battalion again were thrust into battle at the Battle of Festubert, May 15-25, 1915, part of the British action against the Germans entrenched on the Aubers Ridge. Although the battle had supposedly ended on May 25, the 3rd Battalion were according to their War Diary in trenches in Festubert continuously from May 23 until May 27 with severe German artillery bombardments each day. It was here on May 27 Pte. Kelly was “buried in a trench” as a result of a shell burst. He suffered “shock” and was sent to the Divisional rest station. The dead of the 3rd Battalion on May 27 included Lt. A.G. Eddis, Pte. E. Cooper #9653, Pte. M. Lightheart #63563, Pte. W. Scales #63793, Pte. H. Wand #63906, and Pte. A. Gunning #10034. Canadian losses in this battle were 2,468 including 661 dead. It appears Pte. Kelly participated a few weeks later in the Second Battle of Givency, June 15th-16th, 1915 when the 3rd Battalion lost 115 men, killed and wounded. The War Diaries for the 3rd Battalion are located here. My grandfather, Cpl. John Cody #63207 also survived these battles as a member of the 3rd Battalion, only to be captured by the Germans on October 30, 1915 spending the remainder of the war as a German Prisoner of War.

On October 25, 1915, Pte Kelly was sent to Moore Barracks Hospital, Shorncliffe January, 1917 and  Bearwood Hospital February, 1917 where it appears he spent the balance of the war. He was treated for Influenza in November, 1918 at Bushy Park hospital and for Pneumonia while at Ramsgate in 1916.


Pte. Stanley Kelly was sent to the Discharge Center in Rhyl,Wales February 2, 1919 and returned to Canada from England in the Spring of 1919. He was discharged from the Canadian Army in Toronto on June 5, 1919 as “medically unfit”.


From the Kelly Family Tree Book at the Fenelon Falls Library


“Charles Kelly (1862-1934): a Blacksmith in Fenelon Falls, ON, married Lizzie B. McKillan. His first wife died in 1890 and Charles married Jane Fry and had four children born between 1892 and 1899: 1. Livingstone “Charles” Kelly; 2. Irene E. Kelly; 3. John “Stanley” Kelly; 4. Alice “Marie” Kelly. The names of the three eldest children are set out on the headstone with their parents in the Fenelon Falls Cemetery, Fenelon Falls, Ontario. The 1901 Census records Charles, a Blacksmith, residing in Fenelon Falls with his wife Jane and children L. Charles age 8, I Liz age 7, S. John age 5 and Mary age 2. John Stanley Kelly served in the army in World War I, signing the attestation paper on September 22, 1914. He died in 1981 and is buried with his parents in Fenelon Falls Cemetery”.


Although there are numerous photos of other branches of the large Kelly family, unfortunately there are no pictures as yet to be found of any members of his family.
The authors of the book are as follows: Ruth (Kelly) Taylor – address and telephone given are out-dated and Marlene (Kelly) Gilchrist,, 25 Fitton Heights, Orillia,ON L3V 4M7 (705) 329-2552 gilX@rogers.com address and telephone still current according to the Internet – not sure about Internet address, this information is four years old.


There is in the Maryboro Lodge The Fenelon Falls Museum, an invoice on Charles Kelly’s stationary dated January 10, 1895, to William Abbott, owner of the Maryboro Lodge, for a total of $5.65 for services rendered. Charles Kelly was Stanley’s father and the village General Blacksmith. The family lived on Francis Street West, according to the 1901 census.


There is a brown, wooden framed, brush metal plaque  in a showcase within the Fenelon Falls Legion, with few names of World War I Fenelon Falls soldiers. Jackie Walter believes the plaque may have come from the basement of Red Rock School or Blythe School. Pte. Stanley Kelly is the first name listed on the plaque. The other names on the plaque are: Lieutenant Norval Bucknam, MM; Captain G.C. Graham; Private Richard Lodge; Private F.B. Varcoe; Private Thomas MacDiarmid; Private W.R. Hopkins; 2nd Lt. V.A. Stewart; Private A.R. Rutherford and Private M.A. Campbell, MM.
Stanley Kelly never married and apparently spent his entire life after the war in Fenelon Falls. His parents were Charles Kelly and Charles 2nd wife, Jane Fry. Born in Victoria County July 27, 1897 as John Stanley Kelly. There is an article undated in the Fenelon Falls Gazette circa 1915 “Pte. S.J. Kelly wounded. Mr. Charles Kelly on Tuesday of this week received news that Pte. S.J. Kelly was wounded”.
Stanley Kelly died in Fenelon Falls in 1981 at the age of 84. He lied about his age on joining the 3rd Battalion giving his year of birth as 1895 however all official records record his year of birth as 1897. He is buried with his sister, Irene, his brother Livingston Charles, his father, Charles Kelly and the two wives of his father, in the Fenelon Falls Cemetery family plot, with a substantial gravestone. 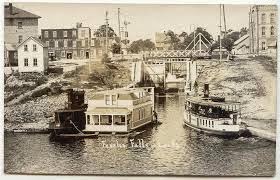 
Most of these soldiers enlisted in the 109th (Victoria & Haliburton) Battalion, based in Lindsay, ON. This Battalion embarked Canada from the Port of Halifax on July 23, 1916 on the S.S. Olympic (sister ship to the Titanic). Several were transferred in England to the 21st (Eastern Ontario) Battalion, serving in the front lines in France and being wounded in the war.


Mrs. Jackie Walter, an executive with the Fenelon Falls Legion and town historian, has kindly helped me with the profile on Pte. Stanley J. Kelly, as well as supplying me with the names of other men who may possibly be buried in the town cemetery. jwalter@i-zoom.net
Posted by Bob at 4:33 PM