Private William Howard Curtis, MM, #18933, 2nd (Eastern Ontario) Battalion
2nd Canadian Cemetery, Sunken Road, Contalmaison, Somme, France
At the last meeting of the Central Ontario Western Front Association (COBWFA) this fall in Hamilton, our president, Glenn Kerr, mentioned that the association had adopted a small cemetery in the Somme named 2nd Canadian Cemetery, Sunken Road, along with the soldiers buried within. Glenn went on to state that he has visited the small cemetery and as it is a bit off the beaten track, it gets few visitors. Thinking it was a great idea, when I got home that afternoon, I went online with the Commonwealth War Graves Commission website and found both the cemetery and the list of 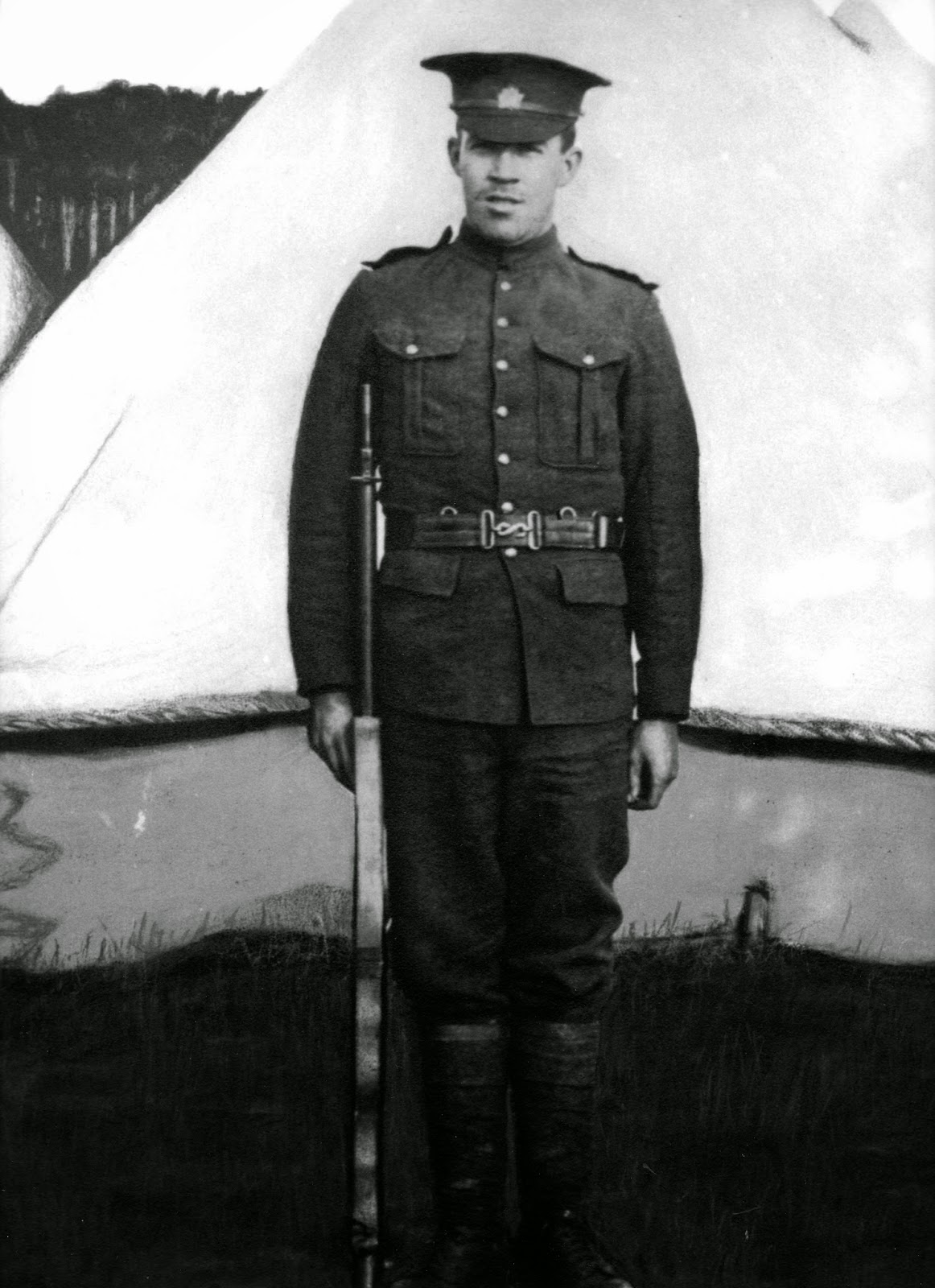 casualties buried therein. Just as Glenn had stated, the cemetery contains the graves of 44 men, all soldiers that had served with the 2nd (Eastern Ontario) Battalion and that had fallen  sometime during the Battle of the Somme namely between  01/09/1916 and 13/10/1916. Glenn had suggested that each one of our members select a soldier to profile. Not wanting to be the lame duck in the selection process, I scanned the list of soldiers to see if anyone stood out.  At once my eyes were directed to the five men that had original 2nd Battalion service numbers as well as the three men that were listed with 9th Battalion service numbers. I had never researched either the 2nd Battalion or any of the original men from the 2nd but I have had some familiarity with the 9th Battalion as a 1st Contingent battalion raised by Edmonton’s 101st Regiment that was broken up in England to supply reinforcements for the 1st Brigade prior to the departure of the 1st Division to France in February 1915. I have in my collection several medal groupings from 9th Battalion fellows and researched them and the history of the 9th Battalion, all who had joined the 3rd (Toronto) Battalion.  Once I decided on on a 9th Battalion man, I noticed that one had as his next of kin, family in Peterborough, ON.  As we have family in and around Peterborough and have spent considerable time in the pretty city, including in the Armoury, my decision was made.  I choose Private William Howard Curtis, #18933, a 22 year old painter, who claimed some previous military experience with Peterborough’s 57th (Peterborough Rangers) Regiment militia unit.  He had been killed in action October 8, 1916. How or why he enlisted with Edmonton’s 101st Regiment’s draft to Valcartier in the 1st Contingent August 1914 was still to be determined. It was only after my message to Glenn to “stake my claim” to this man, that I notice the initials “MM” after his name meaning that Private Curtis at some point had been awarded the Military Medal for an act of valour. 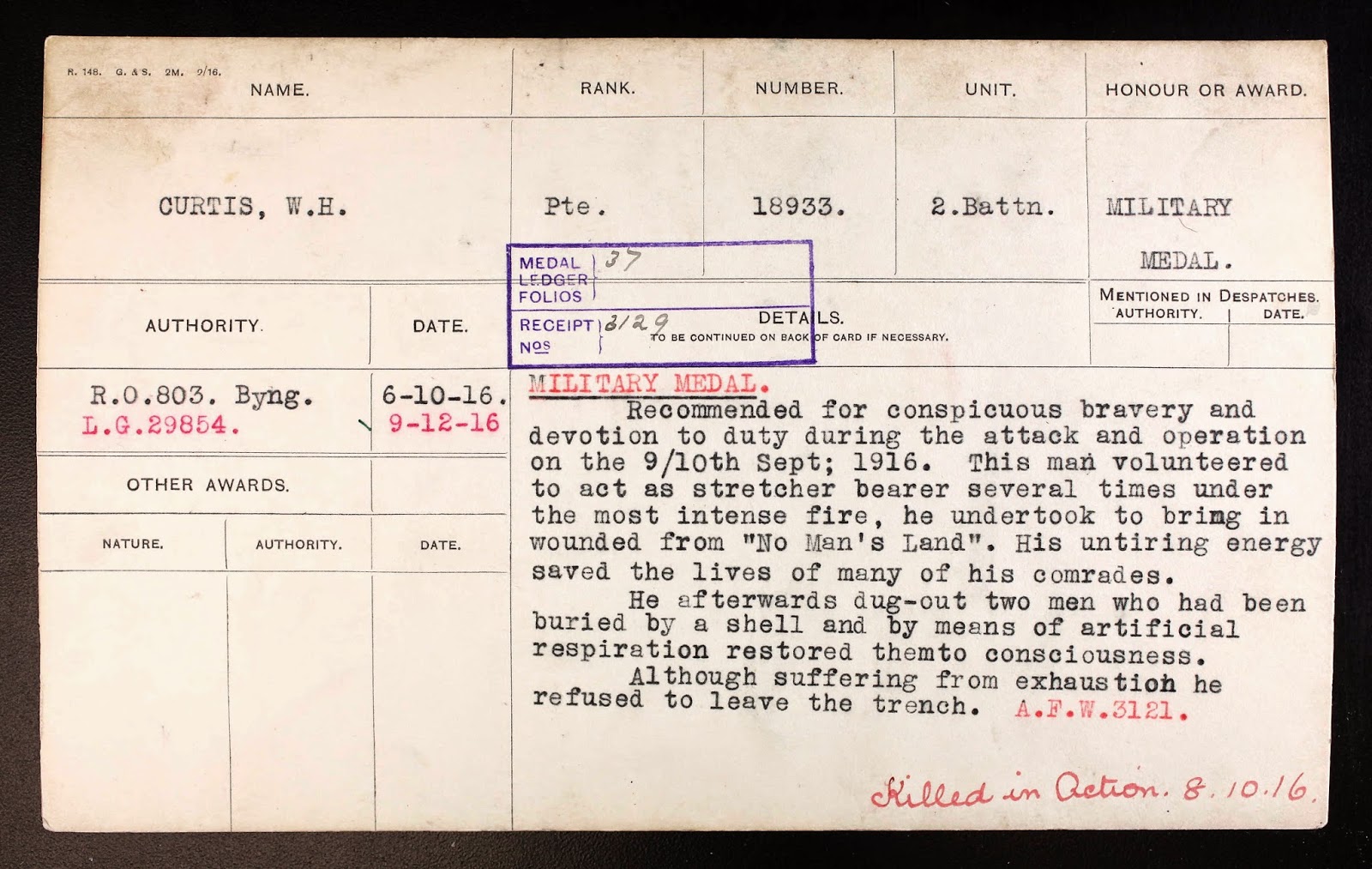 So in the next week or so, my research started. Obtaining his attestation paper from  Library and Archives online database of Soldiers of World War One is paramount as well as obtaining the man’s service record from the same source. As LAC is in the process of digitalizing all 600,000 or so records from the war and because they are doing it alphabetically, I was hopeful.  They are into the C’s. However as of today, the record is not online. Next I checked www.ancestry.ca for military records, family sources such as census and birth records, family trees, photographs and anything else that may be of interest. I found his Military Medal citation, Circumstances of Death and Burial Details. As well both 1901 and 1911 Censuses listing several Curtis families living in close proximity Peterborough East, Otonobee Township. His father George was named as “a brick maker”.  Private Curtis has a page on Marc Leroux’s  Canadian Great War Project and the Veteran Affairs Canada Virtual War Memorial however neither location held any new research items.  On a hunch I Googled George Curtis, brick maker and Peterborough. Lo and behold a number of hits spring up. It seems there were three Curtis brothers that had emigrated from the south of England late in the 19th Century and founded Curtis Brothers Brickmakers  on the outskirts of Peterborough. They established a pit which apparently the remains can still be seen. As well there is a Curtis Street nearby and I suspect that Alf Curtis Home Improvements, a large lumber/hardware enterprise in East Peterborough is related in some way to our Curtis family. 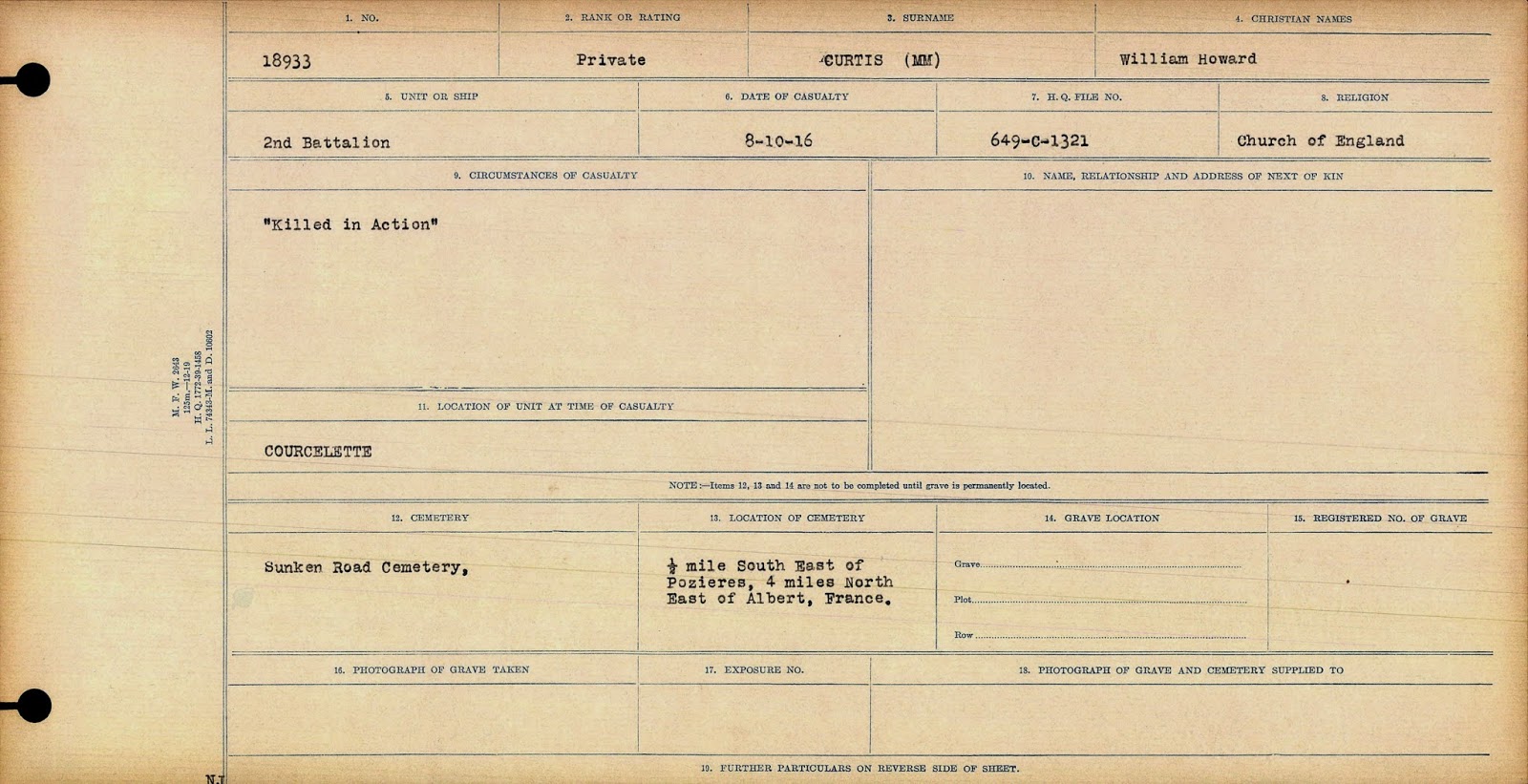 However my greatest surprise came from a Google hit from Archives Canada. ca. It pointed me to a  page titled “William Howard Curtis fonds” which consisted of  letters written home by Howard Curtis during World War 1, a transcript of these letters (85 pages total)and a studio portrait of William Howard Curtis, son of George Curtis and Juliet Snelgrove, Peterborough, Ontario,. Curtis is wearing a uniform of a soldier and the studio backdrop shows a bell tent and an army camp. Apparently the fonds were acquired by Archives Canada in 1987 from Mrs. Eunice Cole, London Ontario, who was Howard’s sister and to whom a number of the letters were sent. The letters are dated from December 6, 1914 Salisbury Plain to July 13, 1916 with a couple incomplete or undated. I ordered a copy of the letters, transcripts and photograph however did not receive the transcripts. No problem as wife Lynn and I completed our own transcripts. 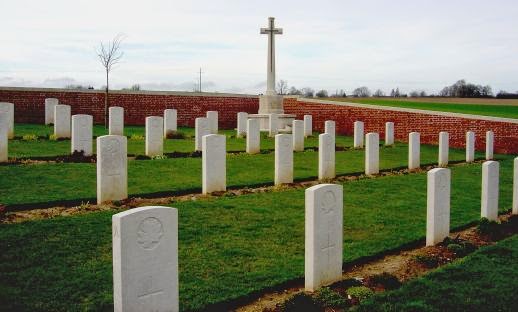 William Howard Curtis was attested into “G” Company of the 9th Battalion, Canadian Expeditionary Force, in Valcartier Camp, on September 21, 1914. Apparently he was part of the large draft from Edmonton’s 101 Regiment (Edmonton Fusiliers) that headed eastward when war was declared August 1914. Further details are to be found here:
When war broke out in 1914, Lieut.-Col. F, A. Osborne, then in command of. the Regiment, wired the Minister of National Defence and offered the services of the Regiment if required. The Offer was accepted on August 6th and mobilization began at once. In less than a week, the battalion was up to full war strength and on August 20th no more recruits could be accepted as the Battalion was 200 over strength - having recruited 1,358 All Ranks, the largest number raised by any Unit in Canada. The 101st Regiment Edmonton Fus1liers was the first unit in the West to mobilize and the first unit in Canada to raise a complete battalion for Active Service.

On August 28th, 22 days after mobilization, the. battalion left for Valcartier where it became the 9th Battalion, C.E.F. After a short but strenuous training period, the unit embarked from Québec on the S. S. Zeeland on October 3rd and arrived at Plymouth on October l8th, disembarking at Davenport on the 20th. From there it went to Salisbury Plain for intensive training, living under canvas. After four months, the 1st Canadian Division was formed consisting of three brigades of all arms, and a fourth brigade was formed to be held in reserve and supply reinforcements. It fell to the lot of the l01st Regiment Edmonton Fusiliers or 9th Battalion, C.E.F. as it now was, to be included in this Brigade. Consequently, the battalion never fought in France as a unit. About 500 men were drafted to the 1st Brigade, including the 2nd (Eastern Ontario) Battalion, to replace casualties and the remainder went to Shornecliff, Kent. After the second battle of Ypres, in which the 1st Canadian Division suffered heavy losses from gas, every available man was sent to France to fill up gaps. From then until the end of the war, the 9th Bn CEF trained re-enforcements for Divisions in the field. Original members of the Regiment served on nearly all fronts including Palestine, Mesopotamia, Northern Persia, France, Belgium, Archangel and the last long march to the Rhine. During the Great War, one VC, two DSO's, three MC's, six DCM's, 11 MID's and one OBE. were won by members of the Regiment. The Victoria Cross was awarded to Capt. J. Turner. Foreign decorations won included the Russian Cross of St. George and Order of' St. Stanislaus by Lieut. Col. P. Anderson, the French Medaille d'Honneur by Lt. Col. H. B. Jamieson and the Russian Cross of St. George by Capt R. Woods.

So our Private Howard Curtis now (March 31, 2015) now has his service record online. We can now account for his movements on arriving in England. On 7/02/1515 he was drafted to the 2nd (Eastern Ontario) Battalion proceeding to France with that unit 8/02/15. Fighting with the 2nd Battalion through 2nd Ypres and Festubert, Howard suffered a slight hand wound 16/6/15 at Givency. On the 24th of that month he was treated for Influenza. We next find Howard receiving a gun shot wound in the back 24/10/15 while his unit was serving in Ploegstreert Woods area, being treated in England, returning to duty 24/03/16. Again on 14/04/16 Private Curtis received a gun shot wound left lower leg returning to duty in the field 14/05/16. By October 1916 the Canadian Corps was solidly entrenched in the Somme near Courcelette. It was here when on October 8, 1916, Private Howard Curtis, while employed in his battalion's machine gun section, was killed in action. The final posing to Howard's casualty sheet has him being award the Military Medal for actions of valor at the Somme.

Coincidentally, while researching my next blog on L/Cpl Raulin Amy, I consulted Dr. Andrew Iarocci's landmark work Shoestring Soldiers, The 1st Division At War, 1914-1915 for details regarding the Battle of Festubert in 1915. There on page 222, Andrew has quoted Howard Curtis from one of his aforementioned letters to his mother in Peterborough, ON regarding the actions at Festubert.
Posted by Bob at 10:23 AM