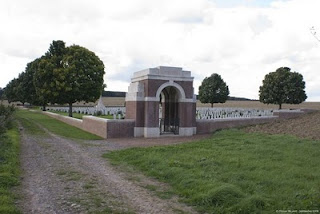 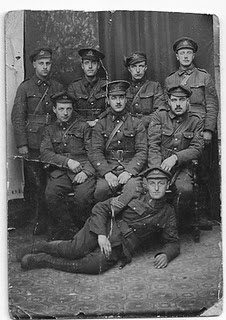 The final soldier remaining to be profiled in my blogs remaining from "The Friends of My Grandfather" photograph I inherited is Company Sergeant Major George Hyde Patrick #63712. He is the man on the extreme left back row. CSM Patrick has also proved to be the most difficult to profile genealogy-wise with an absence of photographs, web material and family histories. According to Cody family stories, my grandfather John Cody a Bridgewater CT resident, read a Boston newspaper recruiting for British and Commonwealth-born recruits for a Canadian Regiment. I have always assumed that this regiment was the Princess Patricia's Canadian Light Infantry, who apparently used newspapers across Canada and in New York and Boston to look for experienced military men. Thus he set out on a train for Montreal, accompanied by "about 20 other men". I believe George Patrick was one of these other men.

The 20 or men that were on my grandfather's train from Boston were under the impression that they were heading north to Canada to join a new private Regiment being raised to fight join the British with the offer to veterans of good pay, comradeship and the promise of adventure. However on arrival in Montreal the men were to learn that the P.P.C.L.I. had departed some weeks earlier. They were greeted by Captain Robert Bickerdike Jr. from the 58th Westmount Rifles Regiment and other recruiters for the other Montreal Regiments such as the Royal Montreal Regiment, the Royal Highland Regiment (Black Watch) and the Victoria Rifles. Bickerdike was a wealthy Montreal civil engineer and businessman who had helped to finance and form the Westmount Rifles. He was instrumental in recruiting for the 23rd Battalion and 60th Battalion, later joining the 87th Battalion as a Lieutenant, serving in France and rising to command this Battalion. Both John Cody and George Patrick are listed on the Nominal Roll of the draft of 58th Westmount Rifles men that joined the 23rd Battalion. My grandfather, attested October 27, 1914 with Robert Bickerdike Jr as his witness. George Patrick followed five days later. 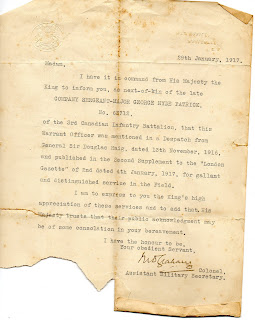 George Hyde Patrick claimed he was born in Halifax, NS on March 25, 1888. I have found the marriage in 1872 of his parents, Ralph Patrick (30), a printer and native of Pictou, and Annie E. Fenerty (25) daughter of a Halifax book-binder. The parents emigrated to Winthrup. MA soon after their marriage, between 1873 and 1881 and after the birth of Robert William Patrick in Halifax 1873. I believe I have located the family in the 1881 U.S. Census (without George) so I feel George Hyde Patrick, like my grandfather, lied about his country of birth as a citizen of the Commonwealth in order to attest into the CEF. George H. Patrick does show up in the 1900 U.S. Federal Census as living in Middlesex, MA. Nevertheless, on attestation in Montreal he was listed as a twenty-four year old, single, Insurance Salesman showing him mother, Annie E., as his Next of Kin.

﻿﻿ Private Patrick accompanied the 23rd Battalion when they departed Halifax on the newly-built S.S. Missanabie February 23, 1915. By March, the 23rd Battalion were in intensive training at Shorncliffe Camp and being made readied for reinforcing the 1st Contingent who was now serving in the Front Lines. On March 23, 1915 George Patrick was promoted to the rank of Lance Corporal. On May 3, 1915 Lance Corporals John Cody and George Patrick were two of 296 reinforcement soldiers to be taken on service with the 3rd (Toronto) Battalion after their devastating losses in the 2nd Battle of Ypres, April 22-28, 1915. From here on, the service of George Patrick was uneventful in 1915. Promoted to full Corporal on June 8, he suffered "contusions and shock" requiring short-term hospitalization June 16. In September, again treatment for eye refraction and eye care. On December 28, George was promoted to rank of Sergeant and early in January, 1916, he received 9 days leave in France. He received a gunshot wound to the buttocks in the action around Mount Sorrel June, 1916 that required a short hospital visit. From this action Sergeant Patrick was "MID- Mentioned In Dispatches for Gallant and Distinguished Service in the Field". On September 19, 1916, George Patrick was promoted to Company Sergeant-Major and Warrant Officer II "C" Company replacing CSM Frank Knight who died of wounds that same day while the battalion was fighting near Courcelette in the Somme.
﻿﻿ 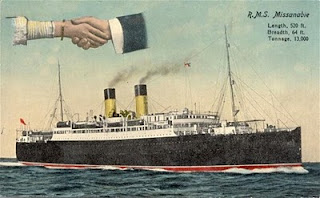 By December 1916, the 3rd Battalion was in the trenches in the relatively quite area of Souchez when on December 6, Company Sergeant-Major George Patrick was Killed in Action by a German sniper. While in the front line trenches at Souchez, Carency sector, he was "struck in the head by an explosive rifle bullet and killed instantly". The were no other fatalities in the 3rd Battalion that day. Several days later they participated in a daring and successful trench (about 90 men).

CSM Patrick was honourably laid to rest in Villers Station Cemetery, Villers-au-Bois, France. Interestingly, this cemetery is home to the brother of one of 3rd Battalion's most decorated men Lieutenant Edward Slattery as well as brother Private Michael Slattery #458270, 87th Battalion and the remains of four soldiers shot at dawn for desertion.

﻿ George Hyde Patrick's medals as well as the plaque, scroll and memorial cross were mailed to Mrs. Dora H. Patrick, wife, in Arlington, MA. Assigned pay in the amount of $10.00 a month was being sent to a Mrs. H.W. Aitken in Winthrup, MA. Separation Allowance and War Service Gratuity was sent to Dora Hammond Patrick, widow, Arlington, MA. Attestation paper clearly states "no" to being married.

A mysterious man, a mysterious family, and a friend of my grandfather!

Thanks to Gary E. Switzer for filling in some blanks.

Thanks to friend Annette Fulford some of the mystery of George Patrick's life has been explained:
﻿
George Hyde Patrick 23 years married Dora Haskell Hammond on October 31, 1911 in Somerville, MA. Apparently George did not want the fact known that he was married on attesting in Montreal November, 1914.

Harry Wallace Aiken married Elenore Stewart Patrick (George's sister) October 9, 1901 in Cambridge, MA This partially explains who Mrs. H.W. Aiken was. Why he sent a portion of his pay to his sister earlier on instead of his wife remains unknown.

By the kind generosity of Diane Pentland granddaughter of George Hyde Patrick and husband Bruce, we now include photographs in the blog of George's medals, his Oak Leaf cluster for being Mentioned-in-Dispatches, government correspondence concerning his death and a brilliant photo taken in August, 1945 of his grave in Villiers Station Military Cemetery, France. A special thanks to Diane and Bruce.
Posted by Bob at 12:45 PM
Labels: CSM GEORGE PATRICK #63712

This should read that Patrick was "promoted WO2" and appointed "Company Sergeant Major."