Little did I know that when I purchased a single Victory Medal last fall to David Richmond, that I would soon find myself immersed in a tragic World War One personal story. 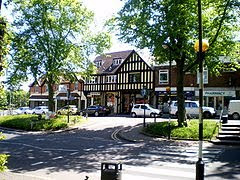 David Richmond was born June 5, 1882 in the picturesque village of Kings Norton, within the city limits of Birmingham, England to the middle class parents of David, Sr, an Insurance Agent, and Sarah. We know he had at least two siblings; Joseph (who may have been a twin) and Annie. Young adventurer David joined the permanent British Army in 1898 and was assigned to the 2nd Battalion, (King's) Shropshire Light Infantry (KSLI). This Battalion sailed for South Africa in November, 1899 and fought with distinction through the entire South Africa campaign in several districts. Presumably David fought with them all this time.

He finished his service with the British Army in 1905 and in June of that year he married 18 year-old Minnie Hawkins, a native of Torquay in Kings Norton. David and Nora decided to start a new life in Canada. Perhaps David was given a settlement for his military service or perhaps they already had family there - for whatever reason they settled in the agricultural community of Agassiz, British Columbia, home of many other Englishmen. Nora Hilda was born to the couple May,1906 and William Herbert in August 1907. New-born Constance died June 6, 1909. However on January 22, 1912, 25 year-old Minnie died, possibly in child birth. She was buried in Old Agassiz Cemetery. Immediately 28 year-old David Richmond and his two young children, Nora and Herbert, travelled east and embarked in St.John, NB on the SS Empress of Britain arriving in Liverpool on February 17, 1912. David left his two children with his mother, Sarah, who by now was living in the village of Alvechurch, Birmingham. She was to act as guardian for the next few years. 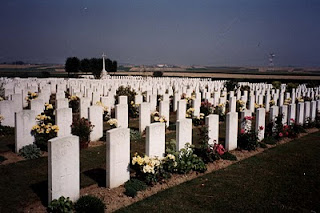 Not staying in England long, David returned to Canada March 9 on the SS Teutonic determined to continue to forge out a new life for him and his two young children. In the 1911 Census, he is shown as a possible business owner and having two lodgers on his premises, along with his family. We lost track of David until 1916 when he enlisted as Private #696724 in Medicine Hat's 175th Battalion on April 27. On the attestation paper he declares himself to be a farmer, living in Vulcan, Alberta with his next of kin, young daughter Nora still living in England. It is entirely possible he was working for or with an early settler to the area, Dan Richmond.

Before the 175th (South Alberta) Battalion embarked Halifax on the SS Saxonia October 4, 1916, David was promoted to the rank of Sergeant. The battalion was led by Lt.-Col. N. Spencer, consisted of 30 officers and 847 ranks. Several months after arrival in England the 175th Battalion was absorbed by the 21st Reserve Battalion. In order to proceed overseas into battle, David Richmond requested a demotion to rank of Private and on April 19, 1917 he proceeded to France to join the 31st (Alberta) Battalion. His service record states that he was promoted to the rank of Lance Corporal immediately upon arrival in order to replace L/Cpl. Harry Garrison #79928, who had won the Military Medal and had been Killed In Action May 22, 1917. He was soon promoted to full Corporal. He served with valour, being transferred on loan to the CCRC and 2nd Division Training School in France, leaving on January 1, 1918 for 14 days leave. Rejoining the 31st Battalion in the field, David either requested or was commanded to attend Army Reinforcement Depot Cadet Training School April, 1918 in Bramshott. He was given a commission to Temporary Lieutenant and taken on service once again to the 21st Reserve Battalion as an officer.

Here his story gets more tragic. David requested in August 1918, and was granted permission to marry. It seems he had met and fallen in love with a British school teacher, 26 year-old Annie Glasscoe, a native of Gresley, Derbyshire. Perhaps Annie was Nora and William's teacher or their Nannie? Nevertheless David and Annie married in early September, 1918 in Kings Norton. Finally Nora and Herbert had a mother!

However on September, 17, 1918, Lt. David Richmond proceeded from England directly to the front and combat duties as an officer, again with the 31st (Alberta) Battalion. By this time, the Battalion, as the entire Canadian Corps, was well into The Final 100 Days of the war.

The 2nd Canadian Division and specifically the 6th Brigade had been given the responsibility during the Battle of Cambrai to advance east of the City. The 31st Battalion in particular was given orders to advance on the town of Thun L'Eveque. This medieval town was interestingly the site of the first recorded use of biological ammunition when in 1340 warring factions used dead horses and other animals to transmit disease. Not much had changed in 600 years! On October 8, 1918 the Germans, determined to make a stand, put up a determined artillery barrage about 1000 yards west of the town, along the entire line of advance. The men of the 31st Battalion marched on and soon came into dense machine gun fire on the high ground in front of the village. It was apparent that the covering battalions to the 31st Battalion's advance on the left had pulled away leaving the flank unprotected. Within minutes six men had been killed. 3 officers and 24 ranks wounded. Our Lieutenant David Richmond, platoon leader in "B" company had fallen, mortally wounded. He was immediately evacuated to #30 Casualty Clearing Station but died here within two hours from a severe leg wound and loss of blood. "B" Company however was able to continue the attack, despite the machine gun fire, and managed to get up within 100 yards of the village.

David Richmond may have dreamed of his immortality and thence his desire to remarry. New bride Annie was left, along with David's mother Sarah, and the children, to grieve David's death. The Memorial Plaque and Death Scroll, along with a widow's Memorial Cross and his Victory and British War medals were eventually sent to widow Annie Richmond. Mother Sarah, also received a mother's Memorial Cross. Presumably David's Boer War medal and Campaign bars still exist. I am proud to own his Victory medal. He is buried in Bucquoy Road Cemetery, Pas de Calais, France. Some day I would like to drop by to say hello and thank-you to a very brave and courageous man.

In researching this story I found as well, on the Commonwealth War Graves Commission website, a Sergeant Herbert Richmond #1059709, Royal Air Force Volunteer Reserve, 61st Squadron who was lost August 29, 1941. I hope this is not David's son but I fear!

Special thanks to Annette, "avidgenie" on the CEF Study Group Forum for her family research.
Posted by Bob at 8:38 AM
Labels: 31ST BATTALION, LT. DAVID RICHMOND