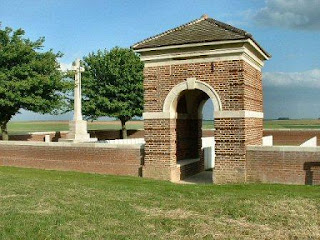 The subject of this profile has been rather difficult to study due to his common surname and being a resident of the United States. As a native of Oldham, Lancashire, England, 34 year old Percy Jones and his wife Fannie, immigrated to the United States at some point prior to the start of the Great War. They settled in Fall River, Mass at 77 Eastern Ave. and later 164 Elm Street with Percy taking up the occupation of storekeeper. I have not found evidence of any children to Percy and Fannie. Apparently the lure of fighting for his native country was overwhelming with Percy possibly answering the advertisements in American newspapers for British subjects to join the Canadian Expeditionary Force. Consequently in the summer of 1917 Percy boarded one of the frequent trains leaving Boston for Montreal, leaving Fannie to "watch the shop" so to speak. On arrival he was directed to the 4th Military District Mobilization Centre where his medical testing took place on July 26, 1917. He was placed into Category A-2 (for service only in England) because of his height of 5'1 1/2" and declining eyesight with the comment "Slight defects but not sufficient to cause rejection". From here he again boarded a train for the huge army camp at Valcartier. We know that Percy Jones was drafted into the 249th (Saskatchewan) Battalion who were short of recruits leaving Regina and who had made a recruiting/training stop in Valcartier before boarding a ship in Halifax for England. Headed by Lieutenant-Colonel C.B. Keelyside, the 249th finally departed Halifax February 21, 1918 with Private Percy Jones in tow along with 15 officers and 708 other ranks from all corners of Canada and the United States. On arriving in England aboard the S.S. Saxonia, the entire 249th Battalion was absorbed by the 15th Reserve Battalion in Bramshott. On June 1, 1918 Private Henry Jones proceeded overseas to join the Canadian Corps Reinforcement Battalion. So much for being classed A-2! On August 8, 1918 Henry was sent to the 5th (Saskatchewan) Battalion in the field in France. The War Memorial in Oldham, Lancashire has in excess of 2,000 names with no transcribed listing as yet. However I would have to think that Percy Jones would have his name upon it for posterity. 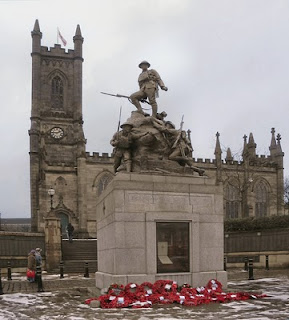 In an intense battle by the 1st Canadian Division and the 5th Battalion on September 1, 1918 outside the village of Hendecourt-les-Cagnicourt, Private Henry Jone was listed as "Missing After Action". The description of his loss on the CEF Burial Registers reads as follows: "Killed In Action; While taking part with his Battalion in a counter-attack on enemy positions east of the Hendecourt-les-Cagnicourt-Dury Road , he was hit in the head and body by shrapnel and killed about 11:00am on September 1, 1918". His status was changed to "Killed In Action" on September 11 when his body was recovered from the battlefield. In total the 5th Battalion's casualties for this one day (September 1st) were 10 officers and 225 ranks. Company "A" led the attack with "D" Company in support and "B" and "C" Companies in reserve. By the day's end, "A" Company ceased to exist and all companies had been committed to the battle. A full description is available in the War Diaries. After Henry's body was recovered, he was buried in a mass grave in Upton Woods Cemetery, along with about 50 other soldiers from the 5th. Upton Woods, which I visited in 2008, is a very serene and out of the way locale. Many men from the 3rd (Toronto) Battalion are also buried here 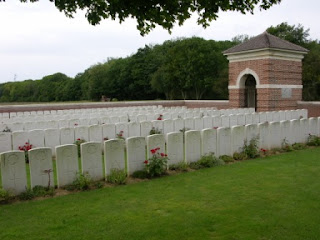 - I will try to feature one or two in future blogs. Reading battle accounts for Cagnicourt and the surrounding area one comes to the conclusion that during this time frame, fighting was brutal with the German army trying to tactfully retreat back to their homeland and just survive the war. The terrain is basically flat with little geophysical features other than wood lots (Upton Woods) and the ever present canals.

The War Diary on-line Library and Archives Canada website for the 5th Battalion has a lengthy description of this battle should anyone be interested. After receiving word of Henry's death, it appears Fannie Jones returned to England and at least for a while was residing Bk.46, Rothsay Road, Blackpool, Lancs. Percy Jones was not eligible for the 1914-15 Star but a British War Medal and Victory medal, as well Widow's Silver Cross and the Death Plaque and Scroll were issued to his widow. I am now the proud owner of the BWM. The loss of another brave soldier fighting for his country!
Posted by Bob at 11:44 AM
Labels: PRIVATE PERCY JONES #1069769