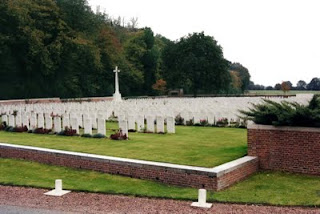 Robert Charles Williams was one of the tens of thousands of young single British men that set out for a new and potentially profitable life in Canada, Australia and New Zealand, after the turn of the the 20th Century. In fact, our Robert Williams was probably the "Robert Williams" mentioned in the Home Children (1869-1930) Library and Archives Canada database  as one of  19 young "labourers and domestics" arriving aboard the S. S. Montrose April 20, 1911 in Quebec City. Robert was a native of Hereford, Herefordshire, England, born March 21, 1895, young son of widow Mrs. Alice Williams. He ended up working on a farm in Wawanesa, Manitoba for room and board and pennies a day.
﻿﻿Therefore it is no surprise that he succumbed to the lure of a free trip back to England , the potential for excitement and the promise of free room and board plus a wage of $1.00 per day by enlisting with the 226th (Men of the North) Overseas Battalion.

﻿﻿ The 226th Battalion, headquartered in Daulphin were recruiting in the small farming communities of Manitoba when Robert joined their roster on February 18, 1916 in Glenboro, Manitoba. Robert and the 226th Battalion trained at Manitoba's nearby military camp, Camp Hughes, until it was time to depart to England. Departing Halifax December 16, 1916, they sailed to Liverpool on the Titanic's sister ship, SS Olympic, arriving December 28 and spending Christmas at sea with several other battalions from the Canadian Expeditionary Force. The battalion was led by Lt-Col.R.A.G. Gillespie and consisted of 32 officers and 1035 ranks and moved to Bramshott for training. Shortly after arrival in England, most of the 226th Battalion were transferred to the 14th Reserve Battalion in Dibgate for further disbursement. Private Robert Williams was stricken off service from the 14th and sent to the 27th City of Winnipeg Battalion on April 31, 1917 who at the time were serving in the front lines of France near Vimy Ridge. He served with the battalion in the trenches until suffering a gunshot wound in the forehead near Passchendaele November 6, 1917. He returned to the 27th Battalion in January, 1918 and soon after was awarded a Good Conduct Badge. Fighting with the unit continuously until the 27th City of Winnipeg Battalion and the 6th Brigade, and 2nd Canadian Division were called upon in August to be the spearhead in a move to relieve Wancourt from German control. The 27th Battalion war diaries have an outstanding 3-page narrative of the attack south-east of Arras, August 26-28th, 1918. Unfortunately our Private Robert Charles Williams was one of 14 27th Battalion soldiers Killed in Action on August 26, 1918 in the attack on Wancourt, led by Lt. Andrew F. Christie. In the successful attack, the war diaries claims that despite their losses, the 27th Battalion captured "264 prisoners, about 20 machine guns, one heavy trench mortar, two search lights and one holograph". Private Robert Williams, #1000802 is buried in the Tilloy British Cemetery with a number of his mates. I am proud to own his British War Medal. His death was not in vain!
Posted by Bob at 8:10 AM
Labels: 1000802, PTE. ROBERT WILLIAMS